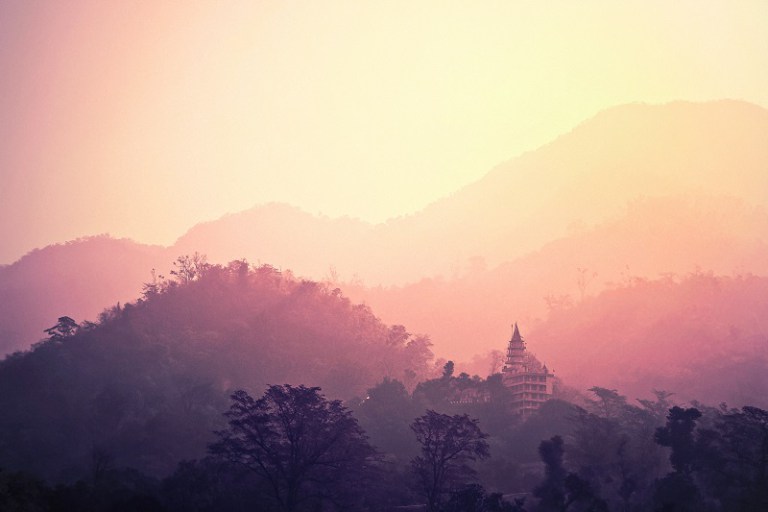 As practitioners of religious studies, academics are advised against investigating the truth claims of different religious traditions - it’s one of those awkward subjects that cannot be reliably studied (hence the ongoing difficulties integrating scientific empiricism with religious accounts of the world).

However, in a world full of competing truth claims, worldviews, and ways of living, the question inevitably sneaks in… what does it mean that different prophets and sages make equally compelling arguments, accrue millions of followers, endure for thousands of years, yet offer no material proof? Who is right? What makes them right?

The simple answer is to say that one religious system is true, the others are either misguided or outright fabrications. This is the same logic used by Richard Dawkins to undercut the truth claims of theists: he says that they share the disbelief of thousands of gods, he just goes one god further.

Religion, the argument goes, therefore amounts to a collection of falsifiable claims and customs. At its extreme, the problem is solved by falsifying them all.

The more complex answer is a form of religious pluralism, which acknowledges that all religions hold some truth, and each offer a window onto the same light, although with different frames, perspectives, and interpretations.

This essentialist argument posits that religion is a unique category (sui generis) of human activity, and that it engages with a partially knowable sacred reality (see for instance the works of Rudolf Otto and Mircea Eliade). This sacred reality can sometimes break through into our normal, mundane world - visions of God, voices, possession, inspiration, and the like.

From the pluralist standpoint, religion is much like a set of mathematical symbols; in the same way that mathematical truths exist independently of our equations and symbols, religious Truth (the sacred, divine reality) also exists outside of the ideas humans have about it.

Many religions, or sub-traditions within religions, agree with this principle - and most mystical traditions outright state that god is formless and nameless, so any human labels are temporary and provisional, leaving some ‘wiggle room’ when it comes to describing what the divine actually is.

However, to be drawn into the question of which religion is right is to become engaged in a question of absolutes - and even to say that all religions contain some truth falls into the same trap by acknowledging the validity of the question.

Has a dog Buddha-nature?
This is the most serious question of all.
If you say yes or no,
You lose your own Buddha-nature.
(Mumon | The Gateless Gate)

Mumon’s comment in the quote above is in reference to a Zen koan, a sort of philosophical problem designed to ‘break’ the enquirer’s reliance on logical analysis.

The koan itself reads: A monk asked Joshu, a Chinese Zen master: “Has a dog Buddha-nature or not?” Joshu answered: “Mu."

It’s worth stating at the outset that koans are not intended for the sort of logical investigation we are about to apply, in fact we’re sort of missing the point by doing so, however it is nonetheless a useful analogy, and helps illustrate the principle.

The issue that Joshu was facing was that there is no way to slice the question that doesn’t result in a misunderstanding of buddha-nature, and a fall into absolutes. Why shouldn’t the enquirer fall into absolutes? Because they are human categories of understanding that rely on conventional knowledge - this works fine when we describe common events like dogs and air currents and volcanoes, but it fails utterly when it comes to the ground of all being, the ineffable, the transcendent. We find the same difficulties when we try to use conventional language to describe quantum mechanics. Therefore the only response possible that does not take this route is to negate the question altogether - mu.

Mumon cautions against interpreting mu as a simple negation (which is its etymology), since the negative implies a relationship with the positive, and the conventional boundaries of yes and no, good and evil, up and down. Instead, he points out, ‘…you should feel like drinking a hot iron ball that you can neither swallow nor spit out.’ The point is that the dichotomy is flawed, inapplicable, mu.

Returning to the question of truth in religion, we are faced with the same dilemma - we cannot reject the entirety of Christian theology; we cannot accept it either. We cannot reject outright the experiences of ayahuasca drinking shamans, nor can we embrace it as sovereign truth. We can’t hedge our bets and say, ‘this little bit of Islam is true, and this little bit of Sikhi is true, and this little bit of Shinto is true’, because we’re still trapped by the belief that a) the transcendent exists, and b) these categories apply to the transcendent with any degree of fidelity.

Instead, perhaps the answer lies in acknowledging that true and false simply aren’t appropriate categories for the worldviews and traditions contained within religious systems. Whilst it’s easy to compare a traditional account of creation with a scientific theory and find conflicts, this misses the deeper meaning and significance of the traditional account; despite their similar appearance, these two stories about the world are not the same thing.

From this perspective, religion is neither true, nor false, nor both, nor neither.

Just as it isn’t appropriate to ask whether Mozart’s music is ‘more true’ than the music of Madonna, it’s not appropriate to ask whether one religion is more true than any other. The categories of truth aren’t applicable to the subject, and aren’t accessible to us as investigators. Joshu’s advice places us on firm ground as academics, and frees us to look at religious systems with both insight and distance.

This article was originally published as The null set of religious pluralism on 10 Nov 2017.