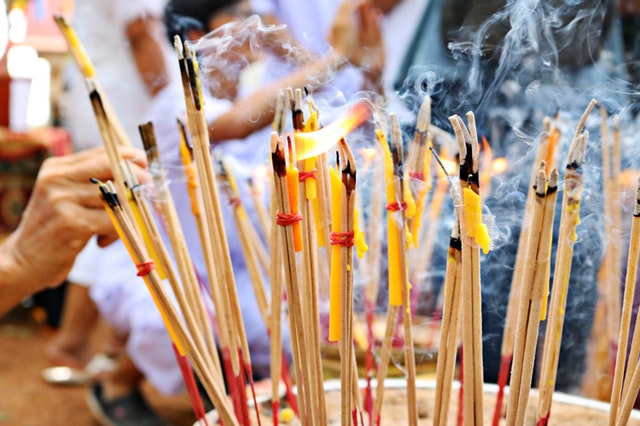 Alternative perspectives in the study of religion

Alternative voices, due to their absence in mainstream texts and dismissal by historical scholars, are sometimes difficult to hear over the sound of traditional narratives – but this is increasingly changing for the better. Where we can open ourselves to these voices, we can improve our understanding of the history of religion, but also our understanding of contemporary religious practitioners as well.

This blog post is a part of our online course Introduction to Religious Studies. If you find the content interesting, why not consider signing up?

Female academic perspectives on religious literature, contesting or challenging male interpretations, have been developing over a long period of time. Towards the end of the 19th century, Elizabeth Cady Stanton published The Woman’s Bible, an academic translation and commentary on passages from the Hebrew Bible and the New Testament that relate to women, both in order to challenge popular (male) interpretations of the texts, and to shed light on problematic, misogynistic elements of the original material.

They [Stanton’s translation committee] flag such passages to raise awareness about the pernicious influence of biblical misogyny on the culture of their own day.

More recently, excellent work on this subject has been done by the Shiloh Project, which looks at rape culture both in the Bible and the contemporary world, and aims to:

...investigate the complex and at times contentious relationships that exist between rape culture and religion, considering the various ways religion can both participate in and contest rape culture discourses and practices.

We also find a similar challenge to misogynistic interpretations of religious texts in the first translation of the Qur’an to be completed by an American Muslim woman – The Sublime Quran by Laleh Bakhtiar. One of the notable changes here is to verse 4.34, which has historically been used to justify domestic abuse and violence against wives. The Sahih International translation offers:

Men are in charge of women by [right of] what Allah has given one over the other and what they spend [for maintenance] from their wealth. So righteous women are devoutly obedient, guarding in [the husband's] absence what Allah would have them guard. But those [wives] from whom you fear arrogance - [first] advise them; [then if they persist], forsake them in bed; and [finally], strike them. But if they obey you [once more], seek no means against them. Indeed, Allah is ever Exalted and Grand.

Whereas Bakhtier, with some strong justification renders the key word wadriboohunna as ‘to go away’ rather than ‘to beat’. Her version in full reads:

Men are supporters of wives because God has given some of them an advantage over others and because they spend of their wealth. So the ones (f) who are in accord with morality are the ones (f) who are morally obligated, the ones (f) who guard the unseen of what God has kept safe. But those (f) whose resistance you fear, then admonish them (f) and abandon them (f) in their sleeping place, then go away from them (f); and if they (f) obey you, surely look not for any way against them (f); truly God is Lofty, Great.

Postcolonial and feminist thinkers have helped to dismantle some of the assumptions that helped to reinforce the erasure of alternative perspectives, but it’s still common to talk about religions without exploring or appreciating these voices. As we explore religion, we should be mindful of our own biases and the biases in the material or societies we’re learning about.

Not only has the western definition of religion often ignored or marginalised women and indigenous people, it has also focused on the types of behaviour expected by those raised in Christian Europe. This cultural background has placed greater emphasis on religious texts and orthodoxy (‘right belief’), than on practice, community, or alternative perspectives from marginal groups in a society. In particular, racism, sexism, and religious chauvinism have sometimes been woven into the fabric of the academic field, and this is not always clear from looking at the surface, but nonetheless shapes how people think about and engage with religion in the world.

When it comes to examining and challenging the racism that has been implicit in the formative period of religious studies (an era of colonialism and empire), Malory Nye points out that it’s not enough to simply listen for alternative voices – our entire approach to the field needs to be grounded in a recognition of where its key concepts and ideas came from, and why certain voices are alternative in the first place.

There should be no doubt that religious studies needs to go through a process of decolonization. But what does this involve, and how can this process get started?

To get started, though, we need to realise that decolonisation is not the same as diversifying. The aim for diversity is to accommodate (‘find room’) for ‘alternatives’ and differences within an existing scheme which largely remains unchanged.

Stacey Swain notes that, when it comes to the existence of ‘religion’ outside of the European context in which it developed, the category is essentially forced over existing cultures, and only where these cultures fit the mould of Christianity were they recognised as religion.

...colonial era Europeans often characterized non-European societies as “primitive,” or lacking “religion” qua Christianity and thus civilization; the territories that they inhabited was therefore terra nullius, empty land available for “discovery.” After occupying various territories for many years and despite the lack of a correlating native concept, Europeans and Euro-Americans also eventually “discovered” what became known as “Indigenous Religion(s)” in the areas in question. Such “discoveries” most often operate(d) through a logic of comparison to Christianity, and relative to the amount of control that colonial governments exert(ed) over Indigenous populations.

We can see a real-world example of this in the December 2018 issue of the Journal of the American Academy of Religion (JAAR), where the cover photo was a naked sadhu (Hindu holy person), who was having his feet touched by a woman. J. E. Llewellyn made the observation that this photo may have been selected more for its shock value than for its alignment with the article it ostensibly supports, noting that it is '…a bit of an orientalist image' because the vast majority of sadhus are not habitually naked.

Russell McCutcheon takes this argument further, pointing out that the description applied to the image in the caption goes beyond mere description, and applies interpretation to the woman's intentions and experiences that it's extremely unlikely the editor was aware of (the photo was taken from Wikimedia Commons - hey look, here's the original!). The editor's comments, according to McCutcheon, reinforce the idea that it's appropriate for observers to interpret the real motivations behind religious activity, but this is inappropriate and speaks over - without ever admitting it - the legitimate voice of the people under study.

...I think it would be highly unlikely to hear this caption come from the mouth of the woman being depicted and whose actions are being decoded for the viewer via this misleadingly simple caption...

Do you think the journal cover would have had the same impact if they had used this image of the same scene from a different angle and with different poses? Why not? What is being communicated in each image?

An example of how ownership of religious traditions, and knowledge about those traditions, can be reclaimed by indigenous people can be found in the Strehlow Research Centre, Australia. This organisation holds a vast library of digital resources relating to the native Aranda culture in Central Australia – access to which is restricted to those who have a background in that culture, and who understand the importance and significance of that knowledge.

In 2005 a change to the Strehlow Research Centre Act allowed for the return of sacred objects from the collection to their custodians. This could occur where custodians could be identified and there was evidence to substantiate the claims of ownership. That evidence relies on a mix of archival research and extensive community consultation with the Central Australian Aboriginal community. Aranda customary law is governed by a complex system of rules based on kinship and country.

You can watch a presentation from Shaun Angeles Penangke, the Artwe-kenhe (Men’s) Collection Researcher at the Strehlow Research Centre, where he talks about the way that the centre operates, how it helps to support indigenous people, and the significance of the knowledge itself

Another example of the relationship between race, religion, and colonial history can be found in the case of the Easter Island ‘heads’ (actually full statues that were buried). The British Museum has held one of these moai statues for 150 years, and has not yet agreed to its return to the native Rapa Nui people, even though it was taken without permission in the late 1800’s as a gift for Queen Victoria, and represents one of the Rapa Nui ancestors.

Ultimately, the concept of religion comes with considerable historical baggage; we need to restructure our approach to religion and religious studies if we hope to be able to understand religious practitioners and traditions in a variety of contexts around the world. In the next section, we’ll look more closely at the roots of religion.

You can watch a recording of the 2016 Frederick A. Shippey Lecture conference panel Decolonizing the Study of Religion: Future Directions from the Work of Karen McCarthy Brown.

You can also read these articles:

For a discussion on the category of ‘indigenous religion’ and what this may represent both in terms of contemporary approaches and historical narrative, you can also listen to this podcast from The Religious Studies Project.

This blog post is a part of our online course Introduction to Religious Studies. If you find the content interesting, why not consider signing up?