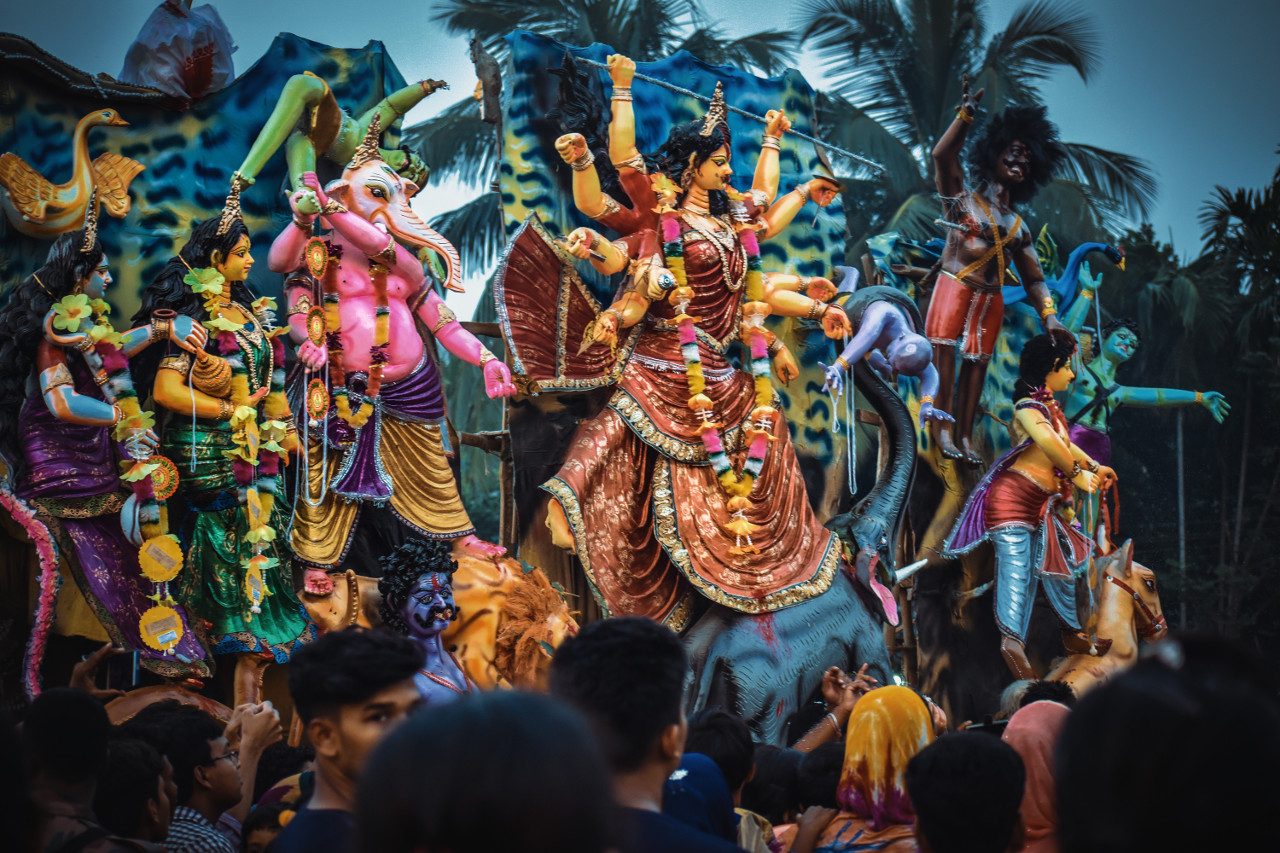 If you’ve studied Indian religious systems, such as Buddhism and Hinduism, you may have encountered the Sanskrit word ‘Dharma’ (or its Pali equivalent, Dhamma). In fact, even if you haven’t studied Indian religions, there’s a possibility you’ll have bumped into the term elsewhere (anyone remember the Dharma Initiative from TV show Lost?).

The word dharma comes from the Sanskrit root dhṛ, meaning “to hold fast, to make secure” (Doniger, 2010, p.201) - in other words, dharma is what provides the central point of reference for life. Dharma replaced a similar principle described in the Vedas (holy texts for many Hindus) of ṛta, which was conceived as the underlying order of the universe, the correct law of movement and expression, towards which one paid proper attention and respect (Radhakrishnan, 1999, pp.78-9).

In Shyam Ranganathan’s introduction to Patañjali’s Yoga Sutra (one of the key text for the Yoga school of Hinduism), the translator makes a strong case for considering dharma as an ethical principle, which characterises the elements of life according to their moral value. Although the word can be translated as duty, righteous-living, law, truth, or the principle upon which the act of creation rests, Ranganathan argues that dharma isn’t merely these ideas in isolation: duty by rite or force is an imposition rendered static by habit or convention, but ethical obligation is self-generating and dynamic - it’s something that comes from within and provides an innate sense of order. In this sense, dharma isn’t ‘order’ in the sense of logical correctness or analytical conclusions, but that truth which relates to and substantiates all human interaction, the very basis of all activity. Just as the landscape and gravity shape the movement of water into rivers and streams which flow down toward the ocean, dharma shapes the moral landscape and provides an inner sense of ethical direction and inspiration towards what is right.

In the context of Hindu traditions, dharma can be considered in two mutually dependent aspects: first, the universal dharma (or sanatana dharma) is a framework for living prescribed for all peoples, races, classes and castes; it attempts to reflect the regularity of the material world with a complementary spiritual order or structure. As the cosmic principle of regularity and order finds expression in the movement of the stars and the passing of the seasons, the idea is that it should equally find expression in the rightly-guided actions of humanity, whose goal should be harmony and peace (Doniger, 2010, pp.209-10). Whilst this goal may be commendable, it’s also vague, and the plurality of minds, attitudes, aptitudes, and tastes, means that it requires significant qualification if it’s to be of any practical use. This is where social specialisation (though not necessarily hierarchical stratification) becomes useful, and the second aspect of dharma appears.

Sva-dharma, or individual dharma, refers to the universal principle as uniquely expressed by the individual and practiced as a moral duty or obligation. Such duty is tailored according to one’s age, position within society, and ability, and is alternately called varnashramadharma - varna being one’s class, or role in society, and ashrama being one’s stage in life. This is why dharma not only does vary from person to person, but must, in order for society to function effectively. It is no use to form a society of Brahmins (priests), only to find that no-one has the time or skill to sow crops, defend against invasion, or reproduce. In order for a community to thrive, it’s essential that each part performs its role and duties, even if the actions required might stand in opposition to the general principles of sanatana dharma or the sva-dharma of another.

It's worth pointing out that there is a difference within Hindu traditions between class and caste: class describes one's role within society, but is not tied to birth or circumstances beyond one's control - it's entirely possible that an individual might progress through several classes in the course of their life. Caste, on the other hand, is treated in a similar fashion to ethnicity, in that the label is tied to one's birth and origin, and it cannot be changed. Caste discrimination is a separate issue that is often confused with the varna system.

In the Bhagavad Gita, this message of doing one’s sva-dharma is reinforced, when Krishna explains to Arjuna:

“It is far better to discharge one’s prescribed duties, even though faultily, than another’s duties perfectly.”

This attitude stems not only from the practical concerns of organising a coherent society, but also from the need for individual spiritual development. The Gita describes a popular Hindu viewpoint, that the soul is on a journey of many lifetimes towards God; this helps to explain the varnas and ashramas, which, viewed from this perspective, become expressions of an individual’s spiritual heritage or accumulated karma.

However, this stratification is potentially dangerous for a number of reasons: firstly, it establishes a hierarchy that values the priest above the householder, rather than considering them as mutually dependent and mutually important. The second potential danger is a fatalistic viewpoint, which assumes one’s caste is determined by one’s karma, and therefore the downtrodden, destitute, and deranged only have themselves to blame (see Class vs Caste above). The theory of moral cause and effect came to be “…an excuse for inertia and timidity and was turned into a message of despair and not of hope.” (Radhakrishnan, 1971, p.55)

Ultimately, there is no single definition of dharma, especially when looking across the broader spectrum of Indian religious systems, but even within Hindu traditions the interpretation and meaning of dharma can vary. Generally, we can say that it represents a principle of how to live in the world, which guides not only the individual and society, but the entire cosmos. Accordingly, people’s lives are successful when lived accordance with the duties of one’s station; dharma doesn’t outright condemn violence, sexuality, or wealth, but only seeks to align the right behaviour with the right context.