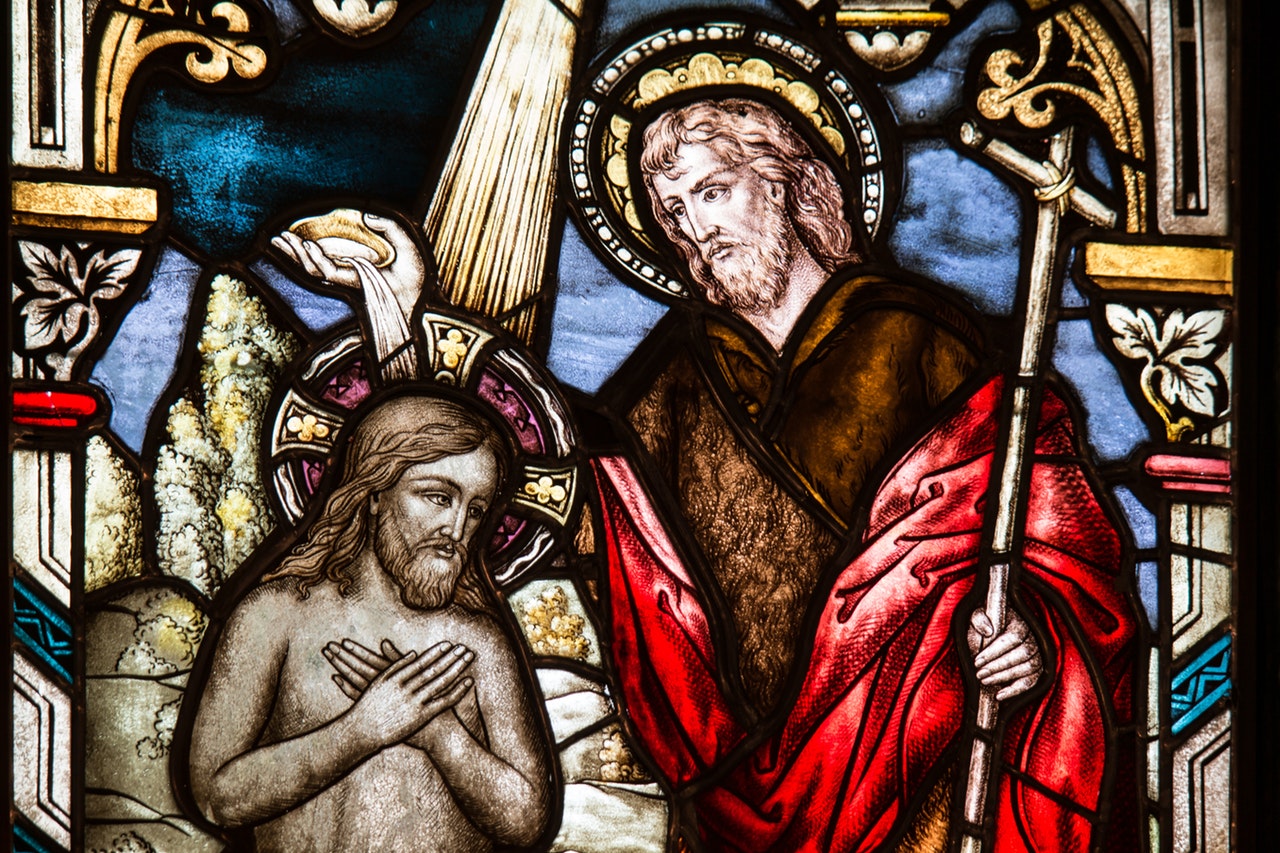 If we’re going to investigate religion, it’s important to ask questions about who defines the subject of our investigation, and what relationship they have to the people and practices being studied.

The modern study of religion, beginning in the 19th Century, has been traditionally driven by male European scholars, who have carried their own cultural biases and assumptions - some unconscious, others less so.

Until recently, there had been little awareness of these assumptions, and this had affected the ideas and methods used by academics; naturally we will have to negotiate some of these potential pitfalls if we want to build a more comprehensive and accurate picture of religion in the modern world.

Some of the major issues are an over-emphasis on written texts as sources of religious authority and meaning, exclusion of female voices, exclusion of indigenous and ethnic minority voices, and an emphasis on belief over practice.

Racism also plays a role; the academic study of religion originated in Western nations who often had a relationship of power over the people and practices they were studying. It was easy for activities or experiences to be ignored or dismissed if they didn’t fit the mould of ‘religion’ as understood in the Christian West. Power differences between groups can generate differences in language – one activity is cult, another is religious.

Race and nationality frequently play a role in the perception of religious adherents and traditions, especially outside of the academic world. In the article below by Scott Mitchell, the point is made that Shin Buddhism in America is sometimes viewed as a foreign tradition, belonging to immigrants, while Zen Buddhism, with a nearly identical history in the country, has a greater share of (white) American converts and is therefore seen as less alien.

If we claim that Shin Buddhism is merely Japanese Buddhism by virtue of the fact that its founders were Japanese, why do we not say the same about American Zen, which has a parallel history and a similar pedigree? Is it because of the assumptions implicit in dichotomies of “ethnic” and “convert” Buddhism? Is Shin Buddhism not American enough or not Buddhist enough?

This historic issue of racism and power differences was (and is) compounded by the fact that – in many cases – religious studies scholars are almost always outsiders from the religious groups they study. Religion was defined, studied, and controlled by people in positions of cultural, political, and academic authority - often in a context of colonialism and conquest.

The language of ‘insiders’ and ‘outsiders’ is useful for identifying the relationship between scholars and the groups they investigate. It might sound a bit ‘us and them’, as though it’s throwing up unnecessary boundaries between people - but the truth is, this is a necessary process of acknowledging who we are in relation to who (and what) we study. There can be very real differences between the perspectives and attitude of people who belong to a social group, and those who don’t.

Insiders are people who belong to a social group; they are participants in behaviours and beliefs specific to that group. They may have grown up within, or joined from without, but ultimately their identity is linked to the larger group in some way.

Outsiders are people who do not belong to the social group they are studying. They claim no special relationship, and do not link their identity to the group.

It’s not fair to assume too much from these labels, but there are some general tendencies that emerge when outsiders and insiders think about or write about a religious tradition.

Insiders can often provide good accounts of how it feels to be part of a religious tradition, but are less likely to make critical observations or comparisons to other religious practices. This is because they often have a personal stake in how their group (and in turn their identity) is presented.

Conversely, outsiders are often free to make difficult or challenging observations without a sense of conflict about how this may interfere with their spiritual or social life. Yet this also means that due to their position, outsiders cannot always provide a detailed and empathetic exploration of meaning or value from the perspective of the people they study. Or rather, they are limited to reporting the words of others, they do not tend to experience first hand the phenomena under investigation.

You can test this idea out in your own life: think about a group that you belong to, it could be family, friends, colleagues, or perhaps a religious, political, or recreational group. How well do you know the details of this group? The social dynamics, the history, the way it feels to belong, and perhaps the pain of separation. How willing would you be to dissect that same group in analysis, to uncover difficult facts that might disrupt its cohesion? To treat the people you love as objects of study?

Now imagine a completely different group, one you don’t belong to - an alien group you know very little about. How well could you report on its social aspects, the feeling of membership, the little personal details that make it meaningful for its insiders? And how willing would you be to investigate the group, even if your findings proved controversial to the group or went against the common understanding?

Now it’s not true that insiders can’t make good critical observations of their own traditions, nor that outsiders cannot provide an empathetic assessment of someone else’s practices and beliefs. But, there’s certainly a tendency for these things to happen, and it’s something to be aware of in ourselves.

So, insider and outsider are categories used to describe perspective in religious studies, but you might also come across some more unusual terms: emic and etic.

These words come from the study of language, and were originally phonemic and phonetic. In other words: how things sound vs how sounds are studied.

In sociology (and religious studies) these categories of investigation became emic: examining how things feel from within, and etic: how activities can be categorised and studied.

We can see that there’s an immediate similarity between etic / outsiders and emic / insiders, but it’s not quite that simple (we wouldn’t want to make things too easy!).

A good way to think about it is that insider/outsider refers to perspective: where are we in relation to the group or tradition we’re studying?

On the other hand, emic/etic refers to method: how do we engage with the phenomena we’re studying?

A Sikh academic from England might participate in an Ayahuasca ceremony in the Amazon rainforest in order to understand the experience of indigenous groups who engage in shamanic healing. This would be an outsider using an emic technique to study their subject.

We can see, therefore, that the question of who defines religion is of significant importance when we begin our studies as contemporary scholars, and we should be careful to avoid inheriting the biases of our predecessors, and remain aware of our relationship to the people and practices we study. Without this self-awareness, it’s easy to continue making the mistakes of the past, where scholars were unaware of, or uninterested in, they way that their perspectives might limit their investigations, and the impact this can have on the lives of those they studied.

The scholar Victoria Kennick Urubshurow has coined the term subtle erasure to describe the largely unconscious omittance of people or ideas from consideration in studies or research (Urubshurow, 2008, p.11). As a result, these non-standard or marginalised cultures can become lost and sometimes completely forgotten.

Subtle erase is the non-intentional act of ignoring certain aspects of a culture, and failing to report them in papers, books, or discussions - it’s about the choice of data. It can arise due to inherent biases such as sexism or racism, of which the investigator is unaware. It can also come about due to a focus on the literature of a culture, or cultures which are literate, thereby ignoring those people who are non-literate or parts of their culture not committed to writing. It can also occur due to marginalised voices being ignored in the culture’s literature, thereby propagating pre-existing inequalities, and preventing marginalised groups being acknowledged or discussed. Finally, it can happen when a strong focus on literature that marginalises helps to divert attention from the powerless in society, and instead reinforces the cultural assumptions of the literature.

In this lesson we’ve asked the question ‘who creates religion?’, and hopefully it’s clear that this activity always takes place in the present. Religion was not defined once in the past and forever fixed - it represents a dynamic point of discussion for those interested in human activity that relates to unseen worlds, and continually challenges us to re-examine our relationship to the people and phenomena we study, and those that we choose not to. Key to this process is self-awareness.

Religion is solely the creation of the scholar’s study. It is created for the scholar’s analytic purposes by his imaginative acts of comparison and generalization. Religion has no independent existence apart from the academy. For this reason, the student of religion, and most particularly the historian of religion, must be relentlessly self-conscious. Indeed, this self-consciousness constitutes his primary expertise, his foremost object of study.

This blog post is a part of our online course Introduction to Religious Studies. If you find the content interesting, cool! Why not consider signing up? You’ll get tons of content just like this. Go on, give me a click, take a look - I promise no pop-ups.