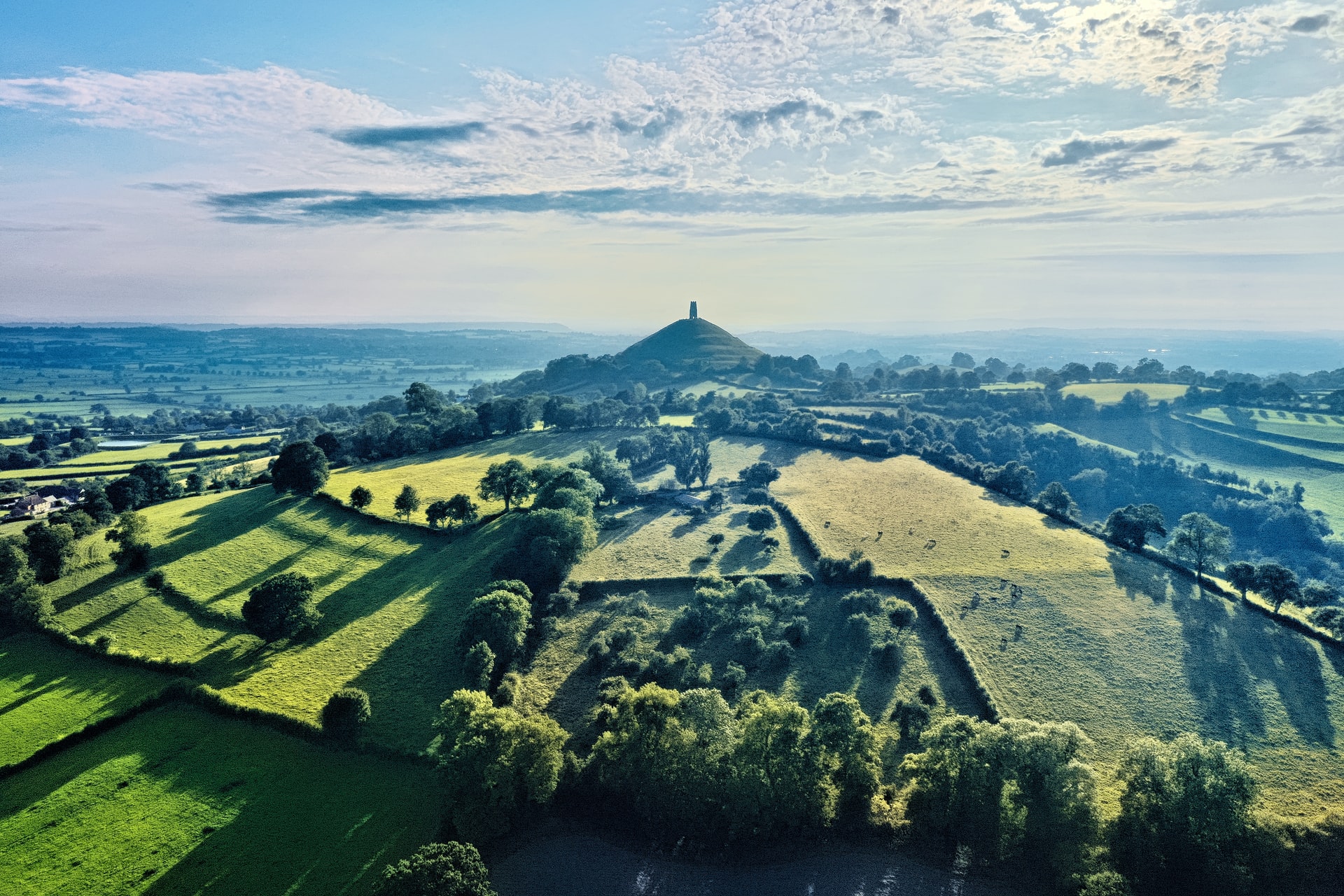 What Makes a Place Sacred?

To claim that a location, structure, or geographical feature is ‘sacred’ is to assert that it is ‘set apart and regarded with special reverence’ (Wolffe, 2017(a), p.213), but there are many ways to understand this sacrality, where it comes from, and how it is expressed by different groups of people.

A place which is called ‘sacred’ participates in a relationship with religious adherents; Jonathan Z Smith suggests that sacred places such as temples are focusing lenses, ‘…marking and revealing significance … a place of clarification … where men [sic] and gods are held to be transparent to one another…’ (Smith, 1980, pp.113-114). In other words, people engage with ‘the sacred’ via sacred spaces, and use them to find direction and meaning.

This relationship between humanity and the divine, mediated by sacred spaces, is considered by Mircea Eliade to be the foundation of order and meaning for society – sacred spaces are sacred because they represent a point at which chaotic and relative experience is fixed by a powerful religious event such as the first revelation of the Qur’an, or the site of Gautama’s awakening (Eliade, 1963, pp.20-22). This space provides a symbolic centre, around which the world is oriented (the axis mundi), and is thereafter empowering and alien: a place of communion with god or gods, unlike the profane (i.e. non-sacred) world outside it.

This symbolic centre is exemplified by the orientation of mosques across the world, which either through their architecture or the provision of a mihrab (prayer niche) point the individual back towards the Kaaba in Mecca, the holy house that Muslims believe was built by the prophet Ibrahim (Abraham); this defining Islamic centre forms the Muslim world into ‘…a gigantic wheel with Mecca as the hub, with lines drawn from all the mosques in the world forming the spokes’ (Dickie, 1995, in Sinclair, 2017, p.67).

Sacred buildings and shrines are examples of constructed sacrality: structures designed and built according to a plan – whether that plan was motivated by a hierophanic irruption of cosmic meaning, or something more mundane, like accommodating a larger congregation.

Examples of constructed sacrality include churches, mosques, gurdwaras, and synagogues – as well as personal expressions of devotion such as the Buddhist butsudan, Hindu home shrine, or Christian home altar. The recurring theme, however, is that the space is in some way marked off and separate from non-sacred space.

In London, many traditions create their own sacred spaces, enclosed within buildings, but also kept separate in other ways. The Bevis Marks Synagogue is situated down an alleyway, away from the nearest main road, having been built less than fifty years after the legalisation of Judaism. Its design and location were intended to be inconspicuous, and so the space retained a sense of seclusion and safety through apparent conformity with non-Jewish buildings (Wolffe, 2017(b), pp.14-15).

In another part of the city (and several hundred years later), the BAPS Shri Swaminarayan Mandir embodies a bold reversal of this approach – it was constructed to stand separate from the surrounding residential streets by embracing its Hindu heritage and following a traditional design. The temple grounds are large and open, and are enclosed by a wall, but the temple itself is relatively small – not suitable for large congregations. Instead, the mandir is intended to bring individuals into contact with the divine images (murtis) that reside there, and to engage with the temple as a representation of the divine. Swaminarayan Aksharpith writes that the mandir can be regarded as ‘…a scaled-down model of the cosmos … where the divine is endowed with a form’ (2014, in Wolffe, 2017(b), p.25).

It is not only location that plays a role in sacralisation of a place, but how it is approached and the altered behaviour mandated within it. Many sacred buildings require that visitors make changes to their body or mental state before entering; before entering a mosque for salat (prayers), Muslims must wash their body (a practice known as wudu) and remove their shoes to ensure that they enter in a state of purity (Sinclair, 2017, p.75). This purity also extends to their intentions – the Qur’an says ‘…do not approach prayer while you are intoxicated until you know what you are saying…’ (Qur’an 4:43).

Visitors to a gurdwara are required to remove their shoes, and must also cover their head as a sign of respect to the Guru (Sikhs.org, 2011). The central point of focus in the gurdwara is the Guru Granth Sahib, the sacred text and living Guru of Sikhi; wherever it is installed and shown reverence can be called a gurdwara. It may be more appropriate to say that the gurdwara emerges as a scared space around the Guru, the sacrality of the building is therefore created by the inner sacrality of the text – without which it is just a building. The Guru must be approached in a state of humility on arrival, and individuals should make an offering to it before sitting down to pray (The Open University, 2017, p.28).

To this end, many religious buildings attempt to communicate religious narratives or embody sacred principles. Stained glass windows in churches often display religious figures such as saints and prophets, while the presence of crucified representations of Jesus help to reinforce the message of his death (and the implied resurrection and salvation) – ‘…the church was a building to be interpreted, or ‘read’ and understood by those who came to worship’ (Booth, n.d.). Another example is the Bahá’í House of Worship of South America in Chile, which utilises several features to embody the Bahá’í faith. The main entrance faces towards the Shrine of Bahá’u’lláh in Israel, the architecture is flowing rather than rigid, suggestive of the pluralistic Bahá’í attitude towards religious revelation, and the building itself appears to be moving around a central point, reinforcing the idea of a central truth around which various religions move (Catlett, 2017).

The sacred is not reserved solely for human constructions, and in many areas landscapes and geographical features are divinised. Often this is a result of a religious experience such as the meeting of Moses with Yahweh on Mount Sinai, or the encounter between Muhammed and Jibril on Jabal al-Nour; these sites become sacred by association.

Geographic features may be treated as non-denominationally sacred by virtue of their aesthetics; many national parks are preserved (set aside) and cared for (regarded with special reverence) without reference to religion. Natural features may also resonate with an established mythology and therefore be considered metaphysically sacred not because humans encountered the divine there, but because the divine already manifested itself at that location – for instance a svayambhu-linga, or self-created pillar, that represents the Hindu god Shiva; these are considered objects of worship and especially powerful by virtue of their self-manifestation (Johnson, 2009).

The idea of a sacred landscape, or punya bhumi, is often applied to the whole of India by Hindus to describe the religious significance and cultural unity of the Indian subcontinent. The boundaries of the region are marked out by four ‘great dhamas’ or divine dwelling places, where Hindu gods live in the human world – Puri in the east, Dwarka in the west, Badrinath in the north, and Rameshwaram in the south. Devotees often make pilgrimages to these sites, either individually or in sequence, but they are not the only locations of heightened sacrality, and other areas such as forests, caves, and mountains can be viewed as homes for gods or ascetics – most notably the Himalayas (Beckerlegge, 2017, p.140).

Flowing down from the Himalayas are rivers sacred to Hindus, especially the goddess Ganga (Ganges), who was separated out into streams and tributaries by Shiva, whose matted hair provided channels to divert the otherwise catastrophic torrents of water. Accounts such as these help adherents to ‘read’ the sacred landscape just as congregations ‘read’ the architecture of their church.

India also has sacred sites known as tirthas, or crossing places, where two rivers meet; it is believed possible for humans to ‘cross over’ to the realm of the gods here. A well-known tirtha is found in Varanasi; many Hindus believe those who are cremated in that sacred place will benefit from instant liberation (Beckerlegge, 2017, p.141). The sacred nature of these locations is reinforced by the mythology of Hinduism, and maintained by the continued practice of millions of adherents.

Buildings and places are considered to be sacred if some relationship can be established between that location and the divine, which creates a boundary between the newly defined sacred space and the external profane world. Yet these relationships are claims made by individuals and groups that may conflict with others, and the same location can be claimed simultaneously by different groups for different purposes. Jerusalem is a highly contested space, with Christians, Jews, and Muslims all claiming their own sacred relationships – in some cases these contested values can give rise to violent confrontation (Wolffe, 2017(a), p.212). Spaces can also be contested between religious and secular groups, for instance the site of Stonehenge, which is managed by a national charity for the public good, but is also claimed as a religious site with specific uses by modern Druids. The shape in which the sacred is expressed can also cause conflict; in 2009 minarets (but not mosques themselves) were banned in Switzerland in order to preserve the country’s cultural aesthetic, and ostensibly to resist ‘Islamisation’ (BBC, 2009).

The sacred is an amorphous quality, which is asserted by individuals and groups as a marker of divine presence, but the expression of the sacred is negotiated with a wider community, even if it is believed to originate from a higher authority.

Sacred spaces can also be transformed, and religious buildings can often be converted for secular purposes such as cafes or museums, or else reimagined as sacred for another tradition – many mosques and temples in the UK were once churches that fell into disuse.

We can see that sacred spaces are both constructed and discovered, but in both cases they are in some way set aside from secular or profane space, and carry special importance and significance for religious adherents, they find expression in many forms, including architecture and mythology, and exist as part of a dialogue between the individual, society, and the natural world. The sacred is sensed or proclaimed by people, and without them the space reverts to an undifferentiated medium, and any meaning is lost.

We have seen that an assertion of the sacred is also an assertion of the non-sacred (or profane), which is necessarily a value judgement that may lead to conflict. The sacred and profane exist together, so a requirement of any sacred buildings or location is that the profane is defined and delimited, in fact the process of creating or discovering a sacred location can instead be conceived of as the process of creating or discovering disorder, meaninglessness, or impurity – an act of resistance against the external world.

Sacred space is relative, responsive, and emerges from a relationship between religious adherents and non-sacred space, the ideal and the mundane – it takes forms which communicate meaning, and negotiates its continued existence against conflicts with the wider world. In its segregation from the profane it mandates unique modes of behaviour and expression, and encourages religious adherents to relate to something outside of their normal experience, leading them back to the origin of its existence – the sacred.